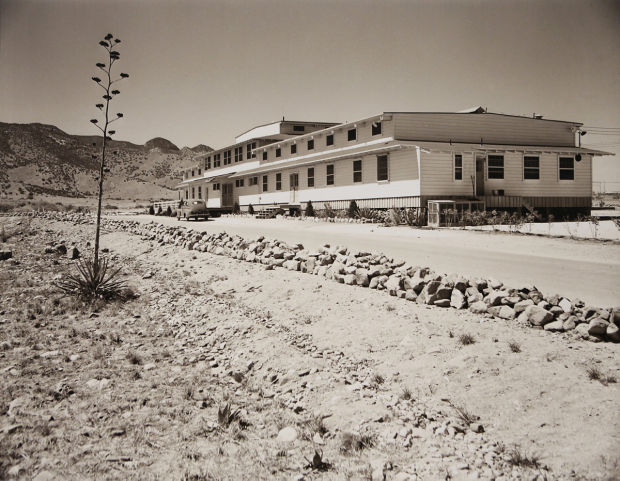 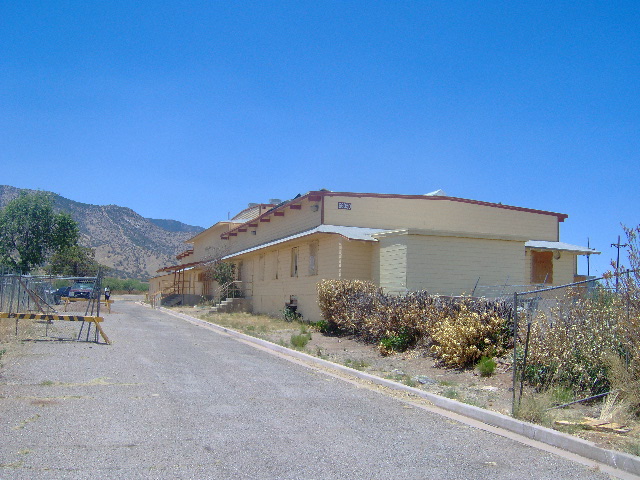 During World War II, nearly 50,000 Black soldiers trained at Fort Huachuca. Most of the soldiers were assigned to the 92nd and 93rd Infantry Divisions. They were training for deployment overseas. These men were training for combat.

Over 80% the officers in the two divisions were Black. To house the two divisions, plus supporting troops. The Army built wood frame buildings. Racial segregation policies at the time required the Army to build two Officers Clubs. Mountain View for Black Officers and Lakeside for White Officers.

The Mountain View Club, specifically for Black Officers, was the only such club built from the group-up in the history of the U.S. Army. On Labor Day l942, the Mountain View 0fficers` Club opened its doors with special entertainment During World War II.

On Labor Day l942, the Mountain View 0fficers` Club opened its doors with special entertainment. This was a performance of the play “The Cubin in the Sky”, presented by members of troupe of Tucson actors: "This was truly a gala occasion, as well as momentous, and even to current writing there still is favorable talk about that festive occasion. Lt. Pryor was put in charge of the Mountain View Club and he did a grand job from first to last" (Old Blue Helmet, February 5, 1943).

Following its dedication and grand opening, countless shows took place at the Mountain View Club. Some of the most famous entertainers of the time appeared at Mountain View. Among them were Lena Horne, Duke Ellington, Louis Armstrong, Dinah Shore, and Joe Louis Heavyweight Boxing Champion.

Today, The building is one of the few remaining examples of the World War II era cantonment at Fort Huachuca, a small city was constructed in an amazingly short amount of time. American mobilization for the war was accomplished rapidly, particularly at posts such as Fort Huachuca. Like other buildings constructed for the Army during World War II, Building 66050 was a temporary structure, and followed a standard design used at Army installations throughout the country.

The Southwest Association of Buffalo Soldiers joined in a Memorandum of Agreement with Fort Huachuca. This spares the building from planned demolition, giving the Association time to raise money to renovate the building.

The goal is for Mountain View to become a Historical Research Center focusing on Black men and women in military history. The historic time frame is 1866 -1951. Mountain View will be a living testament to all those men and women who served their country well, despite the indignities of prejudice and racism suffered while serving in a segregated Army. Building 66050 has a story worth telling.